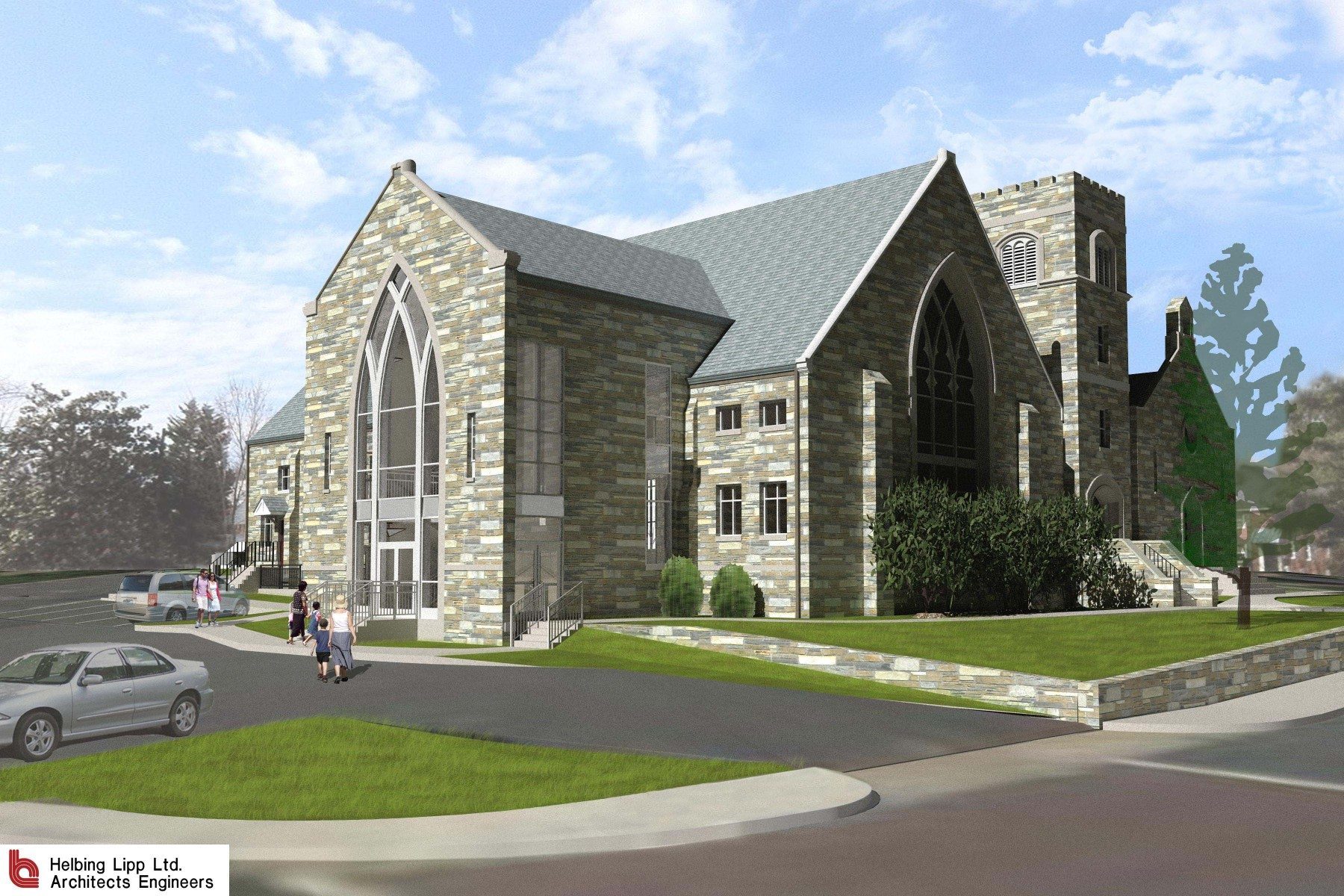 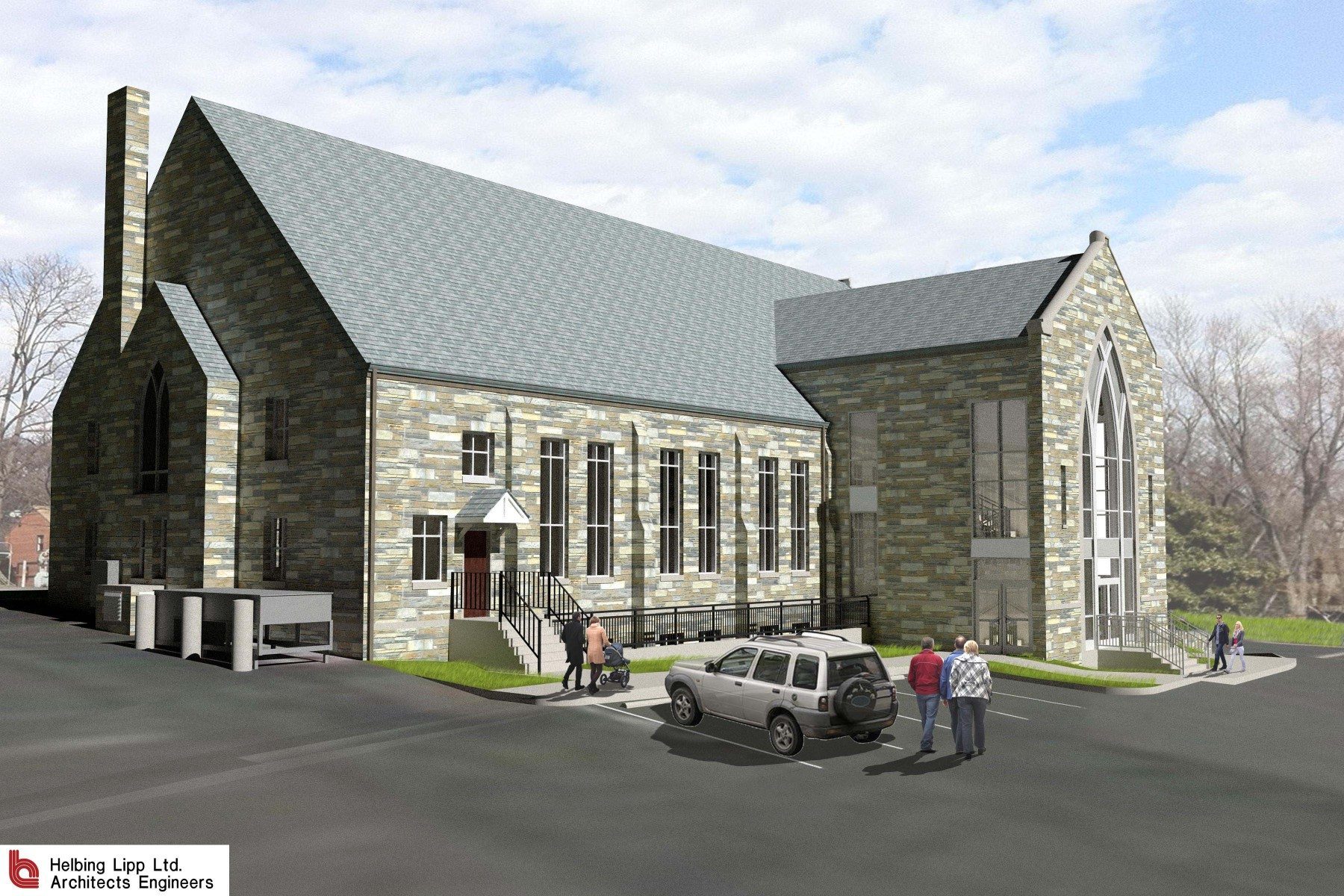 This beautiful stone church with frontage on a busy arterial road in Arlington consists of two buildings; an original chapel built in the 1940’s and a “new” sanctuary built in the late 1950’s.  The buildings, while well kept, were never renovated and were outdated.  In addition, there was no handicapped access between floors, no foyer space outside either worship space, and no real fellowship hall.

Helbing Lipp Recny Architects worked with the church to determine its program and priorities and developed a two-phased approach for the church.  The first phase created a foyer/gathering space between the two worship spaces, infilling a courtyard with a bright, open space where congregants can have a cup of coffee and mingle before and after services. It also included a prominent addition that faces the busy road; this addition became the building’s new main entrance and features a comfortable lobby as well as a new stairway and elevator that connect all three levels of the building.

Inside, the chapel space was renovated and the basement level classrooms were fitted with operable partitions to allow them to be converted into a large fellowship hall.  New restrooms were added to both the basement and first floor, the HVAC system in the sanctuary was replaced, and both buildings received a new sprinkler system.

The second phase of the project included a permanent fellowship hall wing with seating for about 250 and several new classrooms below.

Construction for this project was completed in late 2015.